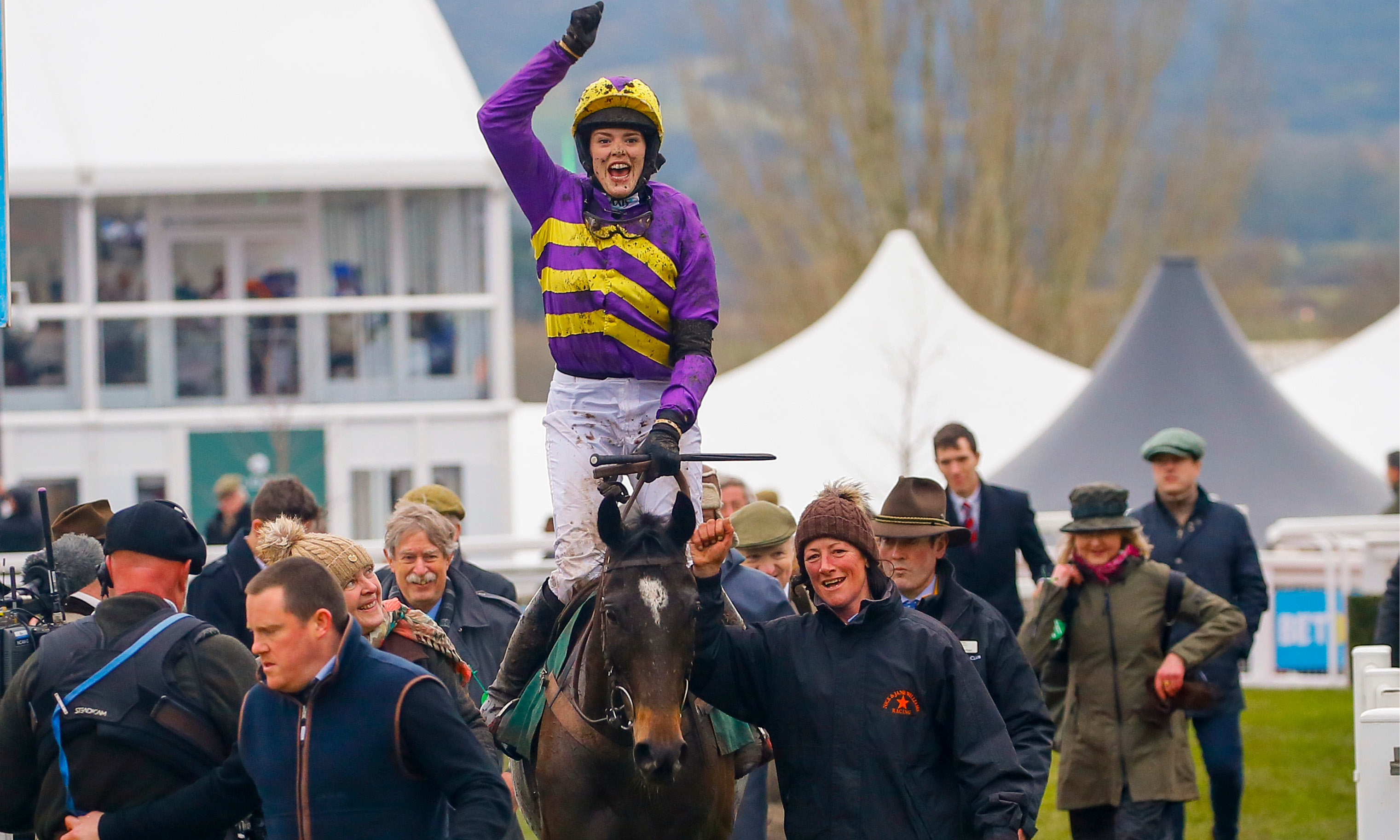 The performance of female jockeys is equal with that of their male counterparts, suggests a study carried out through the Thoroughbred Horseracing Industries MBA at the University of Liverpool.

Using detailed analysis techniques on data covering a 14-year period, the study suggests that, once the quality of the horses they are riding is factored in, the performance of female jockeys is essentially no better or worse than male jockeys.

This data shines a light on the fact that only 11.3% of professional jockey licences are held by female jockeys, and only 5.2% of available rides were taken by female jockeys during the period of the study.

The study is written by Vanessa Cashmore, Work Based Learning Manager at the Northern Racing College and a recent graduate from the Thoroughbred Horseracing Industries MBA. The MBA is run by the University of Liverpool with funding from the British Horseracing Authority (BHA), Horserace Betting Levy Board (HBLB) and the Racing Foundation.

“This study strongly indicates that female jockeys are every bit as good as their male counterparts.  I hope it helps to provide more opportunities for female jockeys, and also encourages more women to further their careers as race riders.”

The BHA has today reiterated its commitment to take steps to address the disparity between male and female riding opportunities, working with the sport’s recently-formed Diversity in Racing Steering Group.

“This study provides further evidence towards something that many in the industry have felt for some time – that there is no reason why female jockeys should not be considered as good as their male counterparts.

“We are proud that British racing is one of the few sports where men and women can compete on equal terms. However, if female jockeys are not being given the same opportunities as the men, then this cannot be considered as equality.

“Understanding why there are fewer female jockeys than male, and why those jockeys get fewer rides than the men – in particular in higher profile races – is something that we are determined to address, and will be considered by the sport’s dedicated Diversity in Racing Steering Group.

“Racing should be based on values of fairness and respect. We intend to ensure that these values underpin all aspects of the sport and that British racing provides fair opportunities for all of its participants.”

As part of the BHA’s ongoing commitment to address diversity issues, it is continuing to monitor the situation in France whereby France Galop has provided female jockeys with a weight allowance in certain races. The BHA will consider the results of the French initiative, the views of the Diversity in Racing Steering Group, the findings of Vanessa’s study and further statistical analysis to be undertaken internally, in the coming months, to determine any short and long-term steps that must be taken to improve equal opportunities for female jockeys.

“The research takes us one step closer to putting the tired argument about strength and capability on the scrap heap and focus on changing perception, on changing attitudes and most importantly driving behavioural change.

“The Diversity in Racing Steering Group was created following the release of a research into gender representation and diversity in British horseracing by Oxford Brookes University, in partnership with Women in Racing. The Group is seeking to champion the diversity and inclusion agenda in British horseracing by working collaboratively to enhance these vital areas and to be a forum for discussion and new ideas. By working together we can ensure our sport welcomes and supports talented people from a diverse background so we can all contribute, on the basis of equal opportunities, to the future success of British horseracing.”

Gemma Tutty, jockey and rider of almost 50 winners from over 600 career rides, said:

“This study confirms what we already knew and have been saying all along, that female jockeys can be just as good as male jockeys. I hope this study helps to persuade more owners and trainers to give female jockeys a chance in the saddle, especially in the bigger races.”

“The Thoroughbred Horseracing Industries MBA provides the skills, background and knowledge to help people prepare for senior management positions in the horseracing industry. This study, among a number produced by our first graduating cohort, demonstrates the value of our unique MBA.”

“I am delighted that the investment made in supporting the industry MBA is providing a positive return not just for the individuals completing the course but for the wider industry. The Foundation continues to support training, education and research and welcomes decision makers taking the opportunity to embrace the findings of research to improve the industry for both current and future participants. Vanessa’s work and previous research by Oxford Brookes University demonstrate that gender diversity is clearly an issue for Racing and it is great to see it being addressed in an open, informed and constructive way”.

1. Summary of the Study

A summary of the study can be downloaded here

Please note: The full study has not yet been published. All of the studies from the Thoroughbred Horseracing Industries MBA will be published in due course.

2. About the Diversity in Racing Steering Group (DiRSG)

The DiRSG was formed in 2017 to be a forum for the discussion of ideas and activities related to diversity and inclusivity in racing. It will make recommendations to the BHA and other industry stakeholders in determining the priorities of the industry and influencing the general course of operations.

About the membership of the DiRSG.

In 2016, 24% of the 778 individuals holding a jockeys licence – including professional and amateur jockeys – were female. This figure has remained consistent for the last 10 years.

11.3% of professional licences are held by females, including apprentice and conditional jockeys.