The British Horseracing Authority (BHA) has today published 20 recommendations relating to the use of the whip in British racing. The recommendations were proposed by the Whip Consultation Steering Group, which consists of experienced individuals from jockeys, trainers, to members of the racing industry, media, government and horse welfare sectors. They are designed to be considered as a package of measures based on the following core principles and objectives:

The recommendations form part of a detailed report which was compiled following an extensive consultation, review and deliberation process. The need for a review into the use of the whip was set out by the sport’s cross-industry Horse Welfare Board in their 2020 “A Life Well Lived” welfare strategy. The report was put before the BHA Board on 20 June and approved in full.

Amongst the key recommendations are: The Rules – Use of the ProCush whip should continue to be permitted for encouragement, with strong and appropriate regulation of its use – The whip rules will be amended to restrict use for encouragement to the backhand position only. Approach to regulation and enforcement – The regulatory approach to the whip should be reframed to drive continuous improvement, both in standards of whip use and in the consistency of stewarding. – A whip review panel of stewards will be established, which will assess all potential whip offences and apply sanctions or remedial actions where appropriate.  Penalties– Penalties will be increased for some specific offences where the current penalty is considered inadequate (view revised penalty structure here) – Penalty structure for use of the whip above the permitted level in major races to be revised as a doubling of the suspensions for the same offence in standard races – Disqualification of the horse will be introduced into the penalty framework for particularly serious use of the whip above the permitted level, where there has been a clear and flagrant disregard for the rules (used four or more times above the permitted level) Other recommendations – The BHA, on behalf of the racing industry, should commission and support further objective research into the effects of the whip, using any relevant scientific advances to inform policy – Reasonable efforts should be made by British racing to explain the design, use and regulation of the whip to key audiences. A final period of technical discussions will now take place with jockeys and other relevant industry participants, to consider any practical or logistical considerations relating to the new rules, finalise details such as the exact working of the review panel, and to determine the training and education required for both jockeys and stewards prior to the new rules coming into effect. It will also consider how a ‘bedding in’ period will work once the new rules have been implemented, in order to aid the transition. This will feed into the delivery of a full implementation plan. The current ambition is that the new rules will come into effect in late Autumn, though the exact date will be clarified through this period of technical discussion. CIick on the image below to view this short film which explains the process followed: 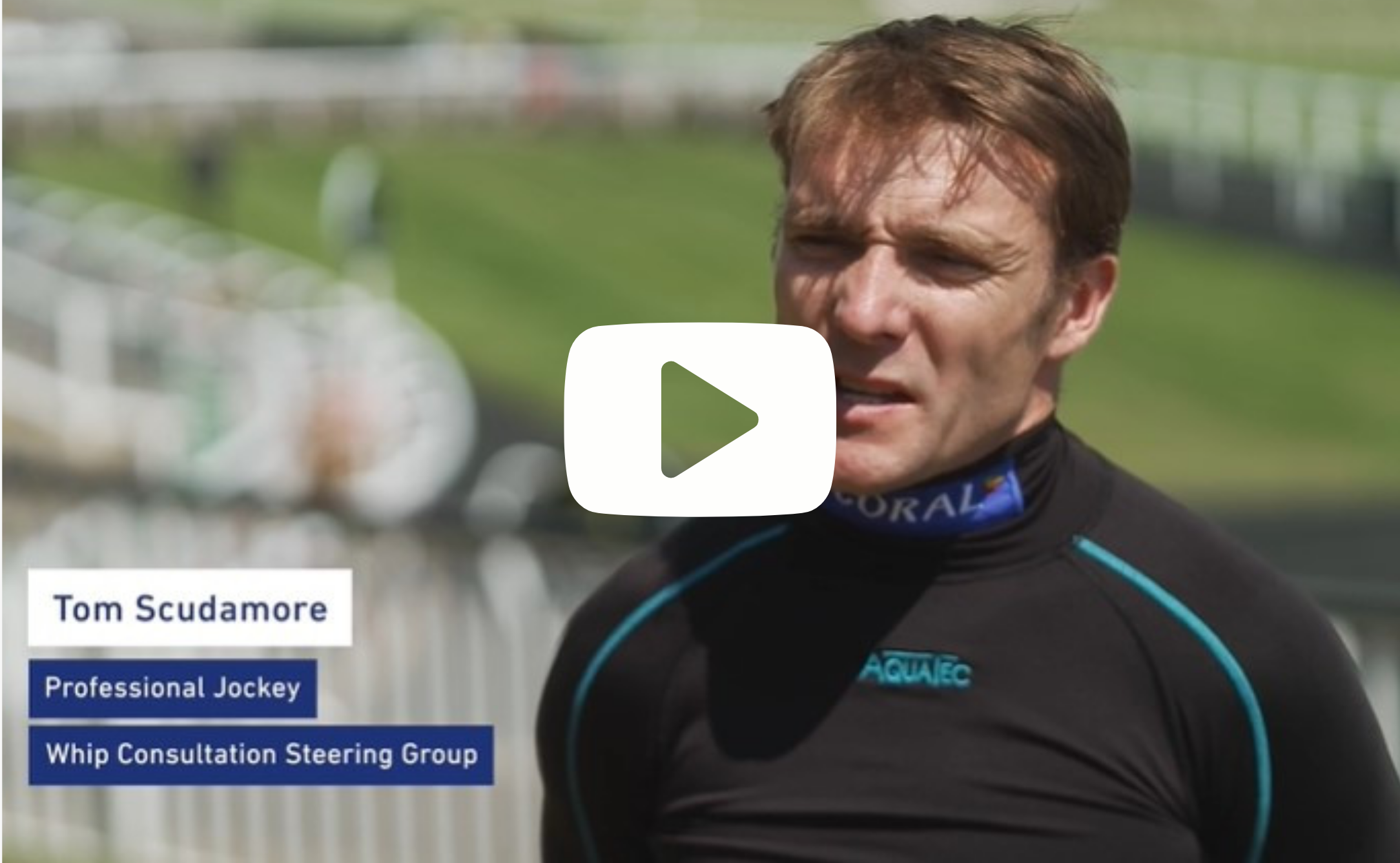